Fire Station #1: This downtown station was constructed over 55 years ago, and has long passed its useful/normal service life. Aside from being functionally obsolete, the station does not meet modern standards for energy, efficiency and fire safety. The older bays and doors are too small to fit modern trucks into, and because it lacks an exhaust system, firefighters who are stationed here have no protection from diesel exhaust that seeps through unsealed doors and into their living quarters. This station has served the city well, and the city has excelled at prolonging the resource for as long as it could, however Mount Vernon is overdue for a replacement of Fire Station 1.

Fire Stations #2 & #3: Both of these 20+ year-old stations are usable, but in desperate need of being updated to comply with modern safety standards such as decontamination and storage of the bunker gear used by our firefighters. They are also in need of a modern exhaust-capturing system that can prevent our firefighters from breathing-in toxic fumes. In addition to these pressing safety and health concerns, the City has added emergency medical services (ambulances and paramedics), which will be housed in all fire stations and increase the demand for space. 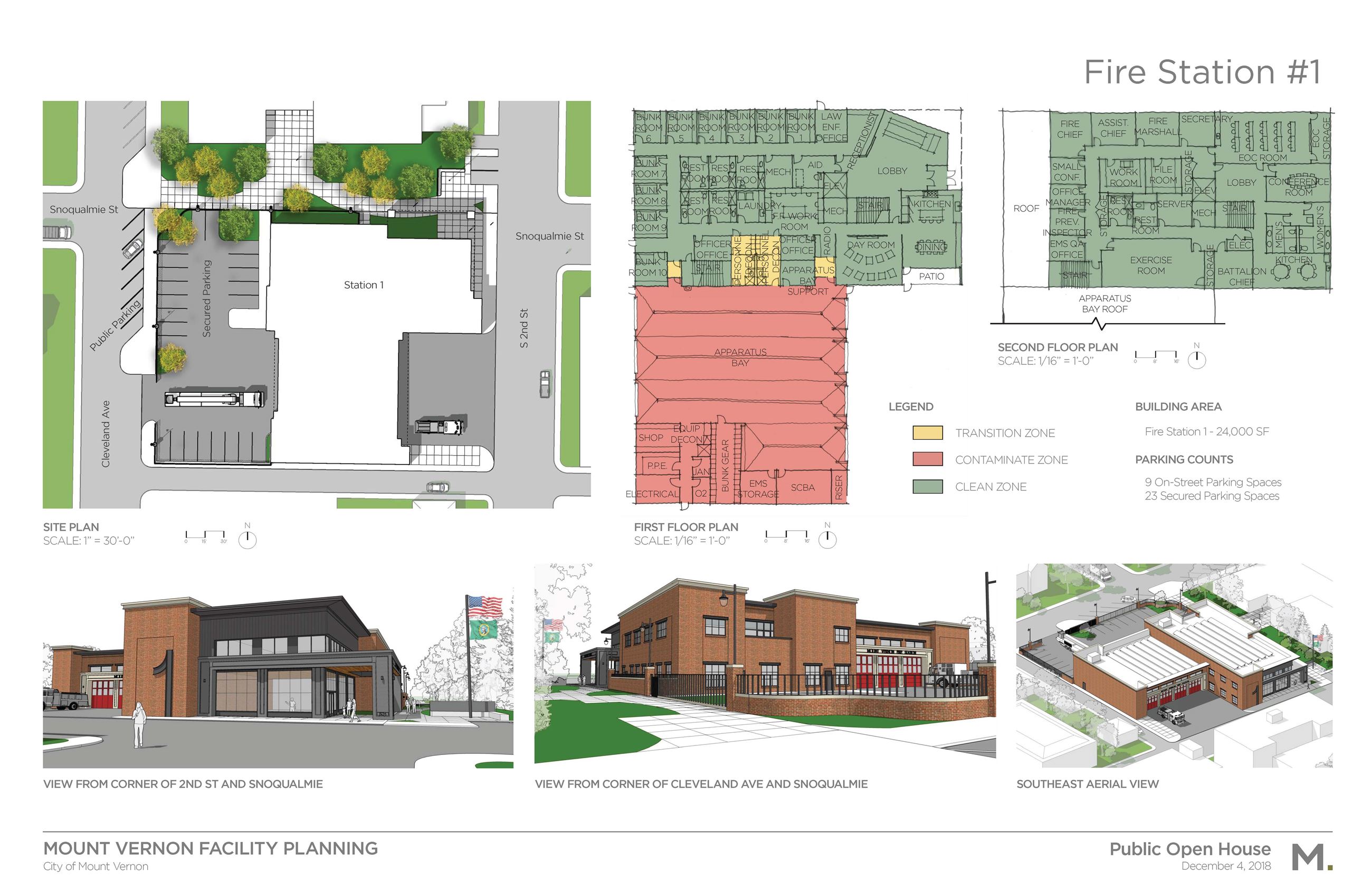 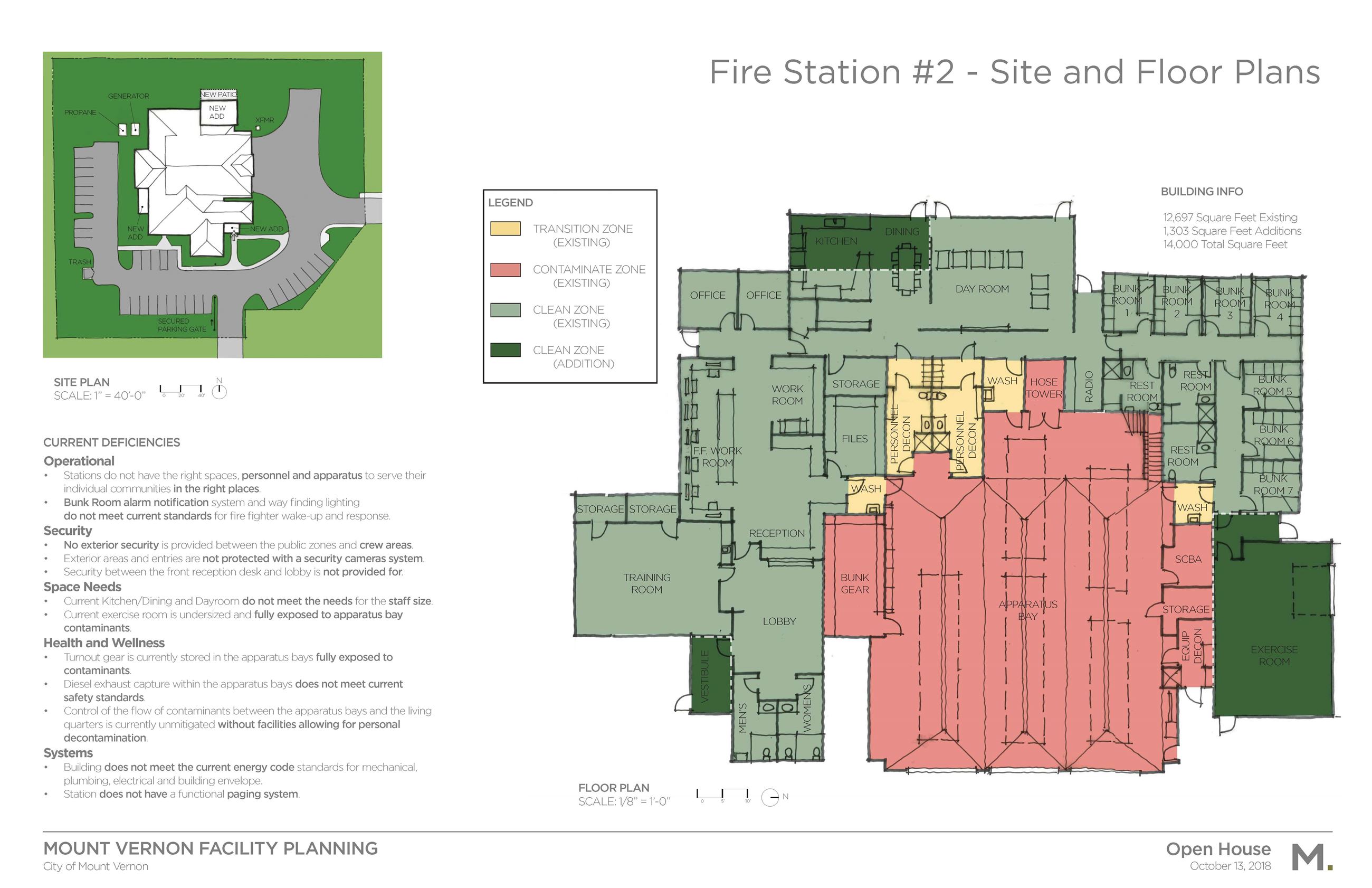 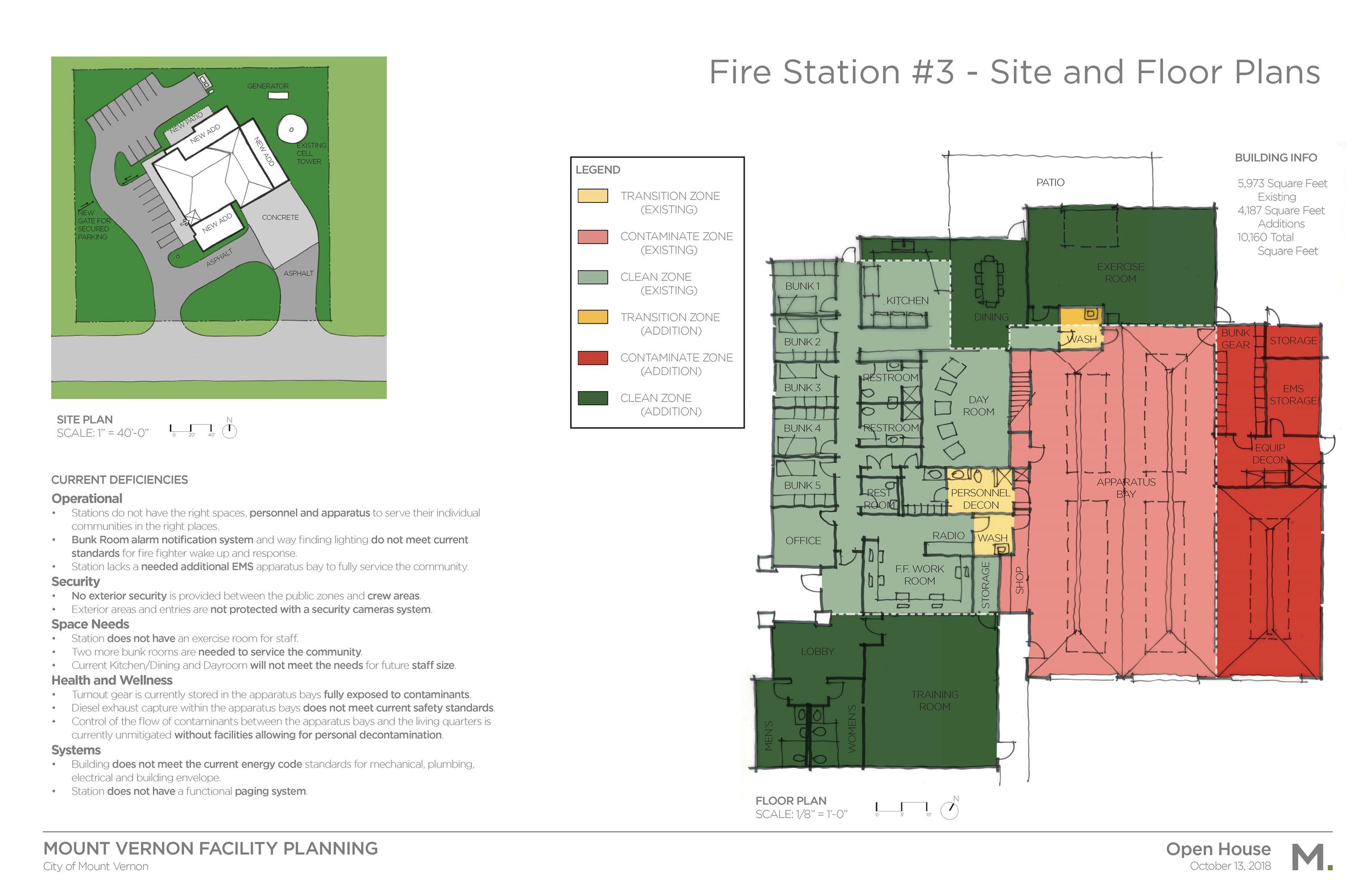