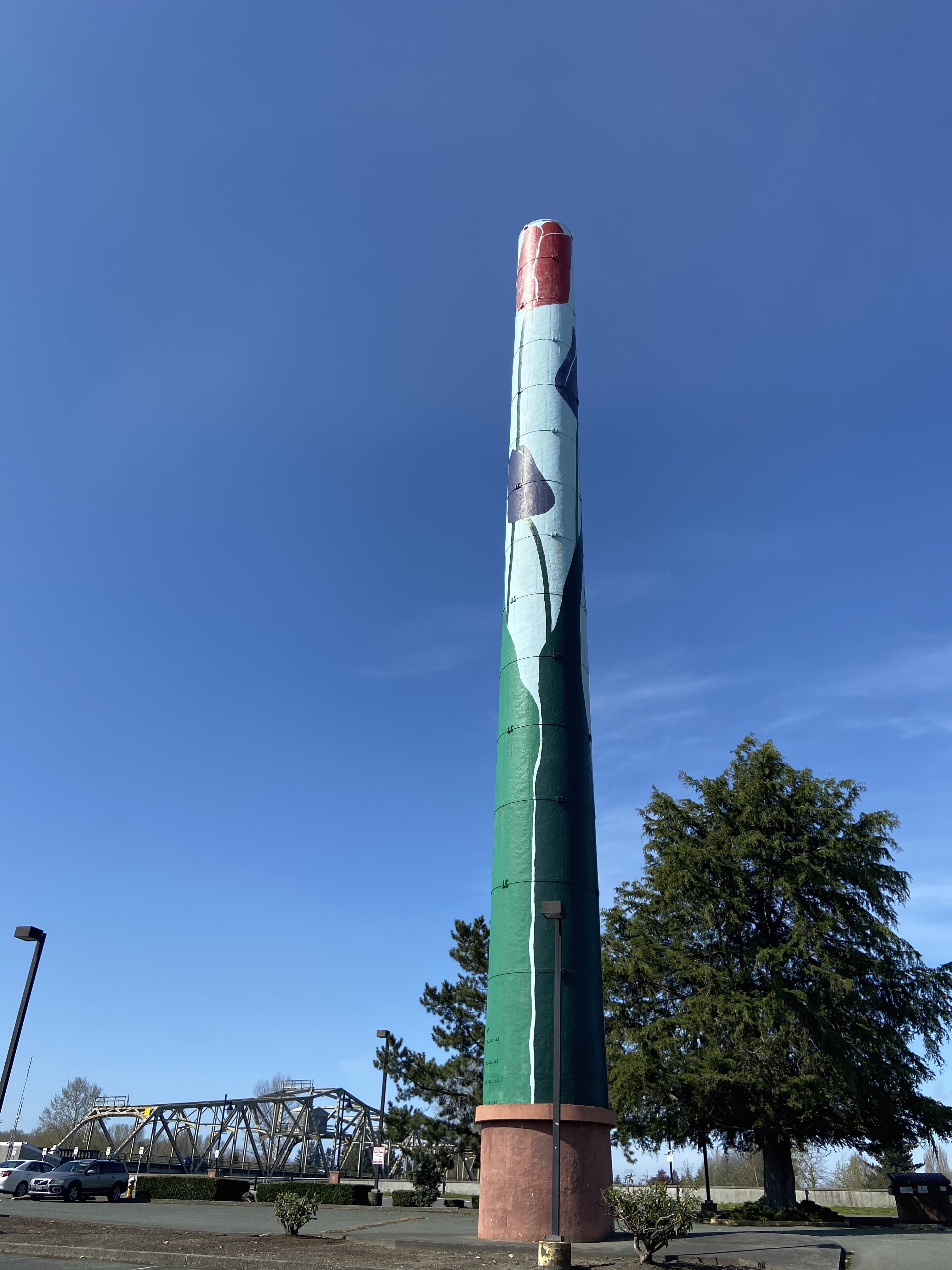 This smoke stack is a proud remnant of the former Carnation Milk Condensery, currently the Condensery Building, built by Elbridge A. Stuart in 1906.  The purpose of the condensery was to convert cow’s milk which spoiled easily, into canned, condensed milk.  The process included boiling off some of the water contained in the milk, and adding sugar as a preservative to prepare the milk for canning.  The process required huge amounts of steam to be released, and the smoke stack was built for that purpose.  Today, the smoke stack is a treasured symbol that pays tribute to our fertile farmlands and the beautiful tulip fields for which the Skagit Valley is so well known.

Esther McLatchy, Artist & Creator of the tulip design for the smoke stack

The City of Mount Vernon & Skagit Valley Tulip Foundation, for recognizing the smoke stack and its deep historical significance to our farming community.